I hope everyone is enjoying the holidays – at least as much as possible during this pandemic season.

I will be back to posting regular articles soon.

Until then I wish everyone a Happy New Year and a better year ahead.

In my research for the next post in the series, God Is Not A Unicorn, I felt a slight detour was needed for those who are not familiar with an older view of the universe as a reality whole and unbroken. Modern particle physics experimentation has been described like this: It is like smashing an idyllic pond environment with an atom bomb and then trying to explain what a pond is from the pieces that are left over. Scientists break reality into smaller and smaller pieces, then try to reconstruct a model of the universe from those bits and pieces.

In contrast, St. Thomas Aquinas famously put forward “Five Proofs of God” in his Summa Theologiae which looked at the natural universe as a whole system. In this post we are going to look at his first proof: “argument from unmoved mover”. I must warn you that it is not an argument that is easy to understand at first. As moderns, we are unused to this way of reasoning and so often avoid it. It may take more than one attempt to understand what is being said here, but I assure you it is worth taking time to think about these ideas as they are fundamental thought about our very being.

The video below is a pretty good explanation of the first proof of St. Thomas Aquinas (Unmoved Mover). This first proof is often explained poorly (and incompletely). It also explains the context of these proofs. They are not definitive proofs of God. They are considered ways to logically infer the existence of God from reason. (I also like that they make Aquinas talk like a Monty Python Character).

This series of videos also included the modern scientific arguments against Aquinas’s first proof. In this video it is explained that the universe is not a system of interlocking moving parts and so motion must originate from the “unmoved mover.” The modern view is that motion originates through intrinsic forces or laws of nature. In essence – the universe is more like individual forces of billiard balls than a system of forces working on each other. More on that faulty thinking below the video.

Oddly, it seems that this 2nd video misses the essence of Aquinas’ argument. Aquinas argued that the first mover – or unmoved mover – would not be a “force” of the same type of natural forces in the universe. This strange omission underscores the powerful conditioning of our modern culture and the mechanistic view of the universe that exists today. It’s almost as if Aquinas argument is “overwritten” without any real consideration of what he is actually saying. Even if it is true that the “laws of nature” are intrinsic to the physical objects of the universe, this simply means that they are attributes of these objects. (Intrinsic means “belonging naturally; essential.”) That definition begs the question: Where do these intrinsic laws of nature come from? It is circular reasoning to say a thing exists because of its attributes. Avoiding the question of where these laws originate from is not an argument against the Aquinas’ first proof.

This second video also says (wrongly) that the Big Bang Theory proves (in theory) that the universe has a beginning. This conflicts with the idea that the universe is eternal as St. Thomas thought. But, that is not what most physicists think. The canonical response to the joke “What existed before the Big Bang” is “It’s turtles all the way down.” This is a reference to a Creation myth that the world is supported by a giant turtle. It’s from an older joke that when asked “What supports the turtle?”, the answer is “It’s turtles all the way down”.

The truth is that we do not know how the universe was first formed, whether it is eternal or not, or even if the Big Bang Theory is correct. (see Cosmology: Modern Science Creation Story aka The Big Bang Theory (Part 3)).

Some scientific questions stop at the door of metaphysics. There exists, especially among the intelligentsia, a mental resistance to admitting these questions exist. That attitude does not disprove the existence of God, nor does it invalidate Aquinas’ reasoning on the subject.

Taking a break in beautiful Galveston. It’s a bit stormy today, but it’s been beautiful most of our visit.

My husband and I have thought of retiring to Galveston, but we’re not sure if it ruin it as a getaway place for us. We’re pretty sure it wouldn’t as we love the beach so much. Still, when I am missing it there are some great web cams on the Island. You can find them here: Galveston Webcams

Here are some pictures from my visit:

I will be back to regular posting (such as it is) by the end of next week, I hope. If you have followed me at all, you know I’m a bit of a slow writer. 🙂

What Does The Word “God” mean?

I found this book while working on my latest series of posts and thought it looked intriguing. 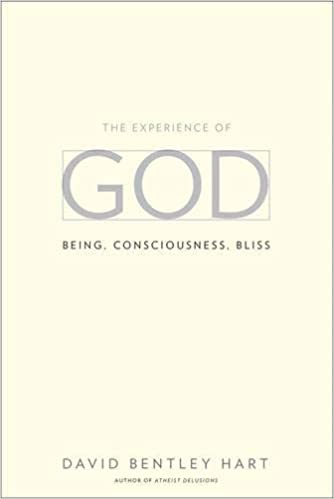 Despite the recent ferocious public debate about belief, the concept most central to the discussion—God—frequently remains vaguely and obscurely described. Are those engaged in these arguments even talking about the same thing? In a wide-ranging response to this confusion, esteemed scholar David Bentley Hart pursues a clarification of how the word “God” functions in the world’s great theistic faiths.

Ranging broadly across Judaism, Christianity, Islam, Vedantic and Bhaktic Hinduism, Sikhism, and Buddhism, Hart explores how these great intellectual traditions treat humanity’s knowledge of the divine mysteries. Constructing his argument around three principal metaphysical “moments”—being, consciousness, and bliss—the author demonstrates an essential continuity between our fundamental experience of reality and the ultimate reality to which that experience inevitably points.

Thoroughly dismissing such blatant misconceptions as the deists’ concept of God, as well as the fundamentalist view of the Bible as an objective historical record, Hart provides a welcome antidote to simplistic manifestoes. In doing so, he plumbs the depths of humanity’s experience of the world as powerful evidence for the reality of God and captures the beauty and poetry of traditional reflection upon the divine.

The Experience of God: Being, Conscious, Bliss

This looks like good reading in these anxious times. 🙂

This morning, on a Facebook philosophy page, I saw the following post: “The concept of Death makes the entire human existence meaningless.”

I believe our culture’s loss of life’s meaning comes from the Existence vs. Essence debate we have covered earlier, but I wanted to add another thought about our physical existence that might lift some spirits.

When one thinks of the odds of life happening for anyone it is truly amazing. From the size of the universe, the distance between the stars, the odds of a planet forming that can support life, the eons of evolution, the DNA that managed to form us out of countless combinations, and then surviving the birth process when so many pregnancies end in the womb. The odds against us existing at all are astronomical. Yet, here we are.

Life is always an extraordinary event in the Universe. Celebrate your life.

In the mood for some trippy blues…